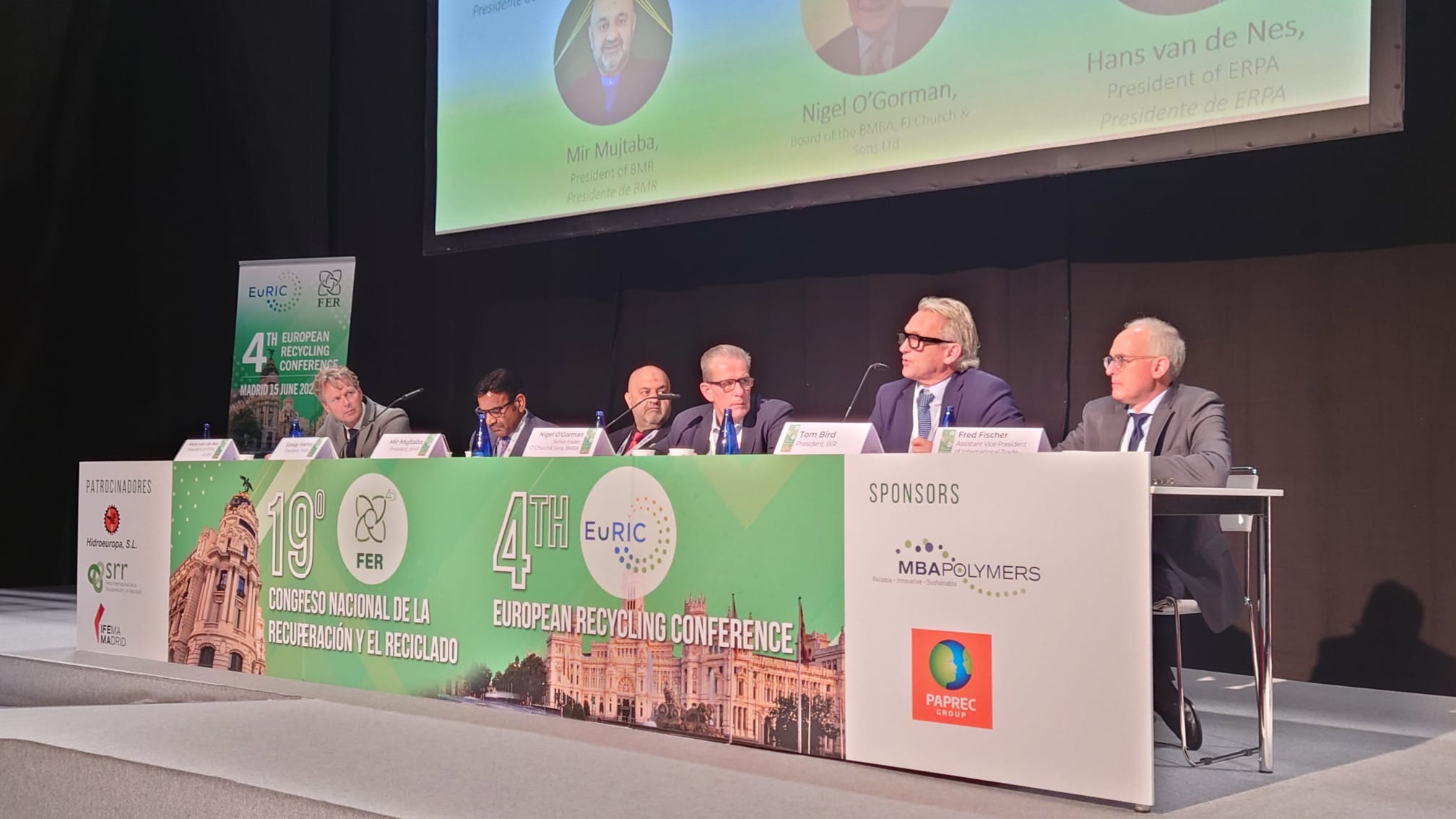 Spain definitely attracted a lot of attention among recyclers this spring: not only did BIR organise its World Recycling Convention in Barcelona, but its European member association EuRIC also opted for the Iberic country by choosing Madrid as venue for their 4th European Recycling Conference, which was co-hosted by the Spanish recycling association FER, also a member of BIR. BIR’s President Tom Bird and Director General Arnaud Brunet formed the official BIR delegation attending this event.

Main topic of the conference was undoubtedly the EU Waste Shipment Regulation, which since its publication has caused much controversy and heated discussions in the recycling industry. BIR President Tom Bird provided the global perspective regarding this issue in the framework of a panel discussion on “Uncertain times for free and fair trade of raw materials from recycling”, strongly objecting to the EU’s attempt to tamper with the free and fair trade principle and highlighting the danger from an economic and also environmental point of view.