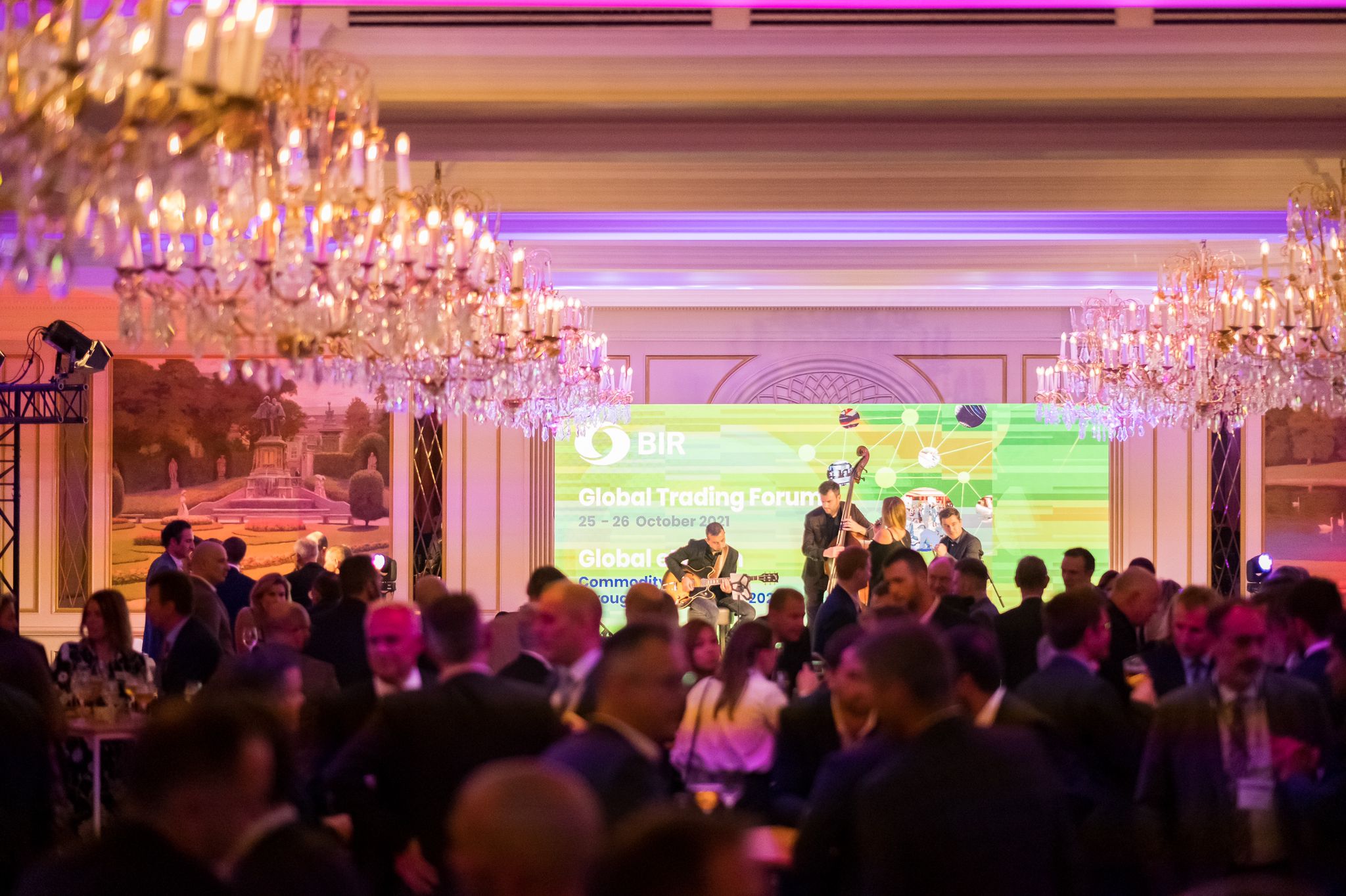 After a hiatus of two years owing to the global COVID pandemic, the international recycling community was able to meet again in person at the BIR’s Global Trading Forum, staged in Brussels on October 25 and 26.

More than 450 business people from 41 countries and representing 294 companies took the opportunity to gather in the Belgian capital in an atmosphere that can best be described as euphoric. Together, they were able not only to do business but also to exchange their professional views on the latest developments relating to the international commodity markets.

In a COVID-safe set-up that complied with Belgium’s sanitary regulations, attendees met in a buoyant atmosphere as from Monday afternoon and continued their business talks during a Welcome Reception hosted at the event venue for convenience. On the following day, there was an equally impressive attendance at the special edition of “The Challenge” featuring host Michael Lion with his co-anchors Murat Bayram and - via video link from Hong Kong - Mark Sellier, as well as main guest George Adams (SA Recycling, USA). In addition, Mr Lion gathered statements from selected members of the recycling community and from Julian Luk of Fastmarkets. As ever, this cutting-edge live show dissected some of the headline issues currently confronting the global recycling industry.

The Forum then concluded with a networking luncheon and further trading until the late afternoon.

“While our online meetings have served us well over the last two years, there is absolutely no substitute for meeting face-to-face,” enthused BIR President Tom Bird. “Delegates had so much to catch up on with each other, not least the many changes to the business and regulatory environment since they had last met in Budapest in October 2019. Having spoken to many of the delegates in Brussels, the clear message was ‘It’s good to be back’.”

He continued: “It was not easy to make the Global Trading Session a reality but, as throughout the challenging period of the pandemic, BIR has done its utmost to offer more support than ever before to its global membership, including the opportunity to meet again in person at the earliest possible opportunity.”

Over the coming days, the show will go on in the shape of the BIR Global eForum with webinars covering all of BIR’s commodity streams as well as the most important legislative and regulatory developments in the framework of BIR’s International Trade Council.